How does Groww make money 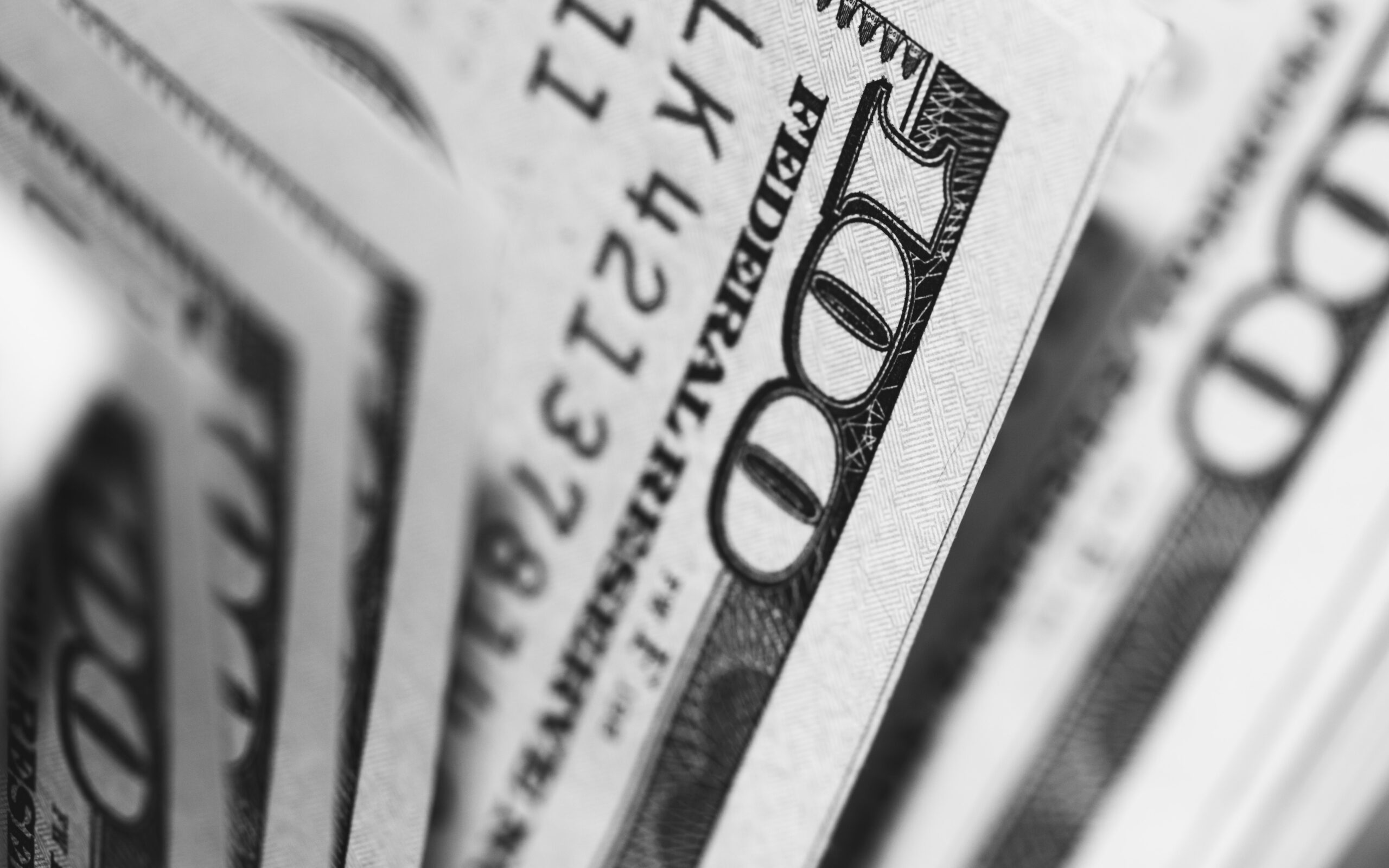 In this blog, we will explore “how does Groww make money”, the areas of focus will include how the company generated income, How Groww progressed over time from the age of its inception to its current standing in the market. It will include the history of Groww, its early days, what makes Groww unique in its work, and most importantly the in-depth process of how Groww generates money.

How does Groww make money?

In simple terms, Groww Makes Money by providing premium features such as advisory services on investment and portfolio. They also get a small commission from the mutual fund houses that they sell. However, in depth, there are other important things to consider like for instance.

1. Starting with mutual funds, you have two options for investing: through a typical brokerage account or directly through a mutual fund company. In most cases, a person is required to compensate the distributor for the services rendered. The commission is intended to be paid out of the profits made by the individual from his or her investments and earnings.

2. Direct investing opportunities are provided by Groww applications, which aggregate many funds and businesses on a single platform, allowing people to pick from a greater variety of investment opportunities.

Fintech Companies like Groww focus primarily on building a customer base. Groww uses technology that reduces its operating cost to reach a target audience. It is a common fact that consumers are not inclined to switch between fintech companies, therefore if there is a presence of the right consumer base, then customers are likely to keep using the service for a long time.

In the year 2016, four Flipkart employees, Lalit Keshre, Harsh Jain, Ishan Bansal, and Neeraj Singh, decided to leave their jobs. They wanted to start a firm that lead to easy investment in their country. They named this company as Groww and started its workings in the year 2017.

The Ecommerce boom at the time represented an increase in income, and the four founders felt that it was at this juncture that consumers had enough discretionary spending and would require investing advice.

Groww’s founders investigated the Indian financial options available to the consumer market using their family, friends, and acquaintances, as well as their own experiences. They spent a significant amount of effort determining the missing value of the existing market’s financial goods, which they regarded as complicated. They ran a series of tests to determine the customer’s primary concerns about investing.

As a result, their primary motivation for creating Groww was to create a system that was more transparent, clear, and approachable to consumers. Groww began in 2016 as a direct Mutual Fund Investment platform; however, due to customer demand, Groww chose to expand its services by introducing Equity trading as one of its offerings in 2020. In the year that followed, they quickly introduced Digital Gold, ETFs, Intradaing, and IPOs. Since then, the company has evolved to become one of the most popular mutual funds investing platforms in the country.

Groww is a brokerage business situated in Bangalore that offers services such as cheap brokerage. Groww can help clients make more informed investing decisions in stocks, initial public offerings (IPOs), and mutual funds. Groww is a trademark of Nextbillion Technology Private Limited, a SEBI-registered brokerage. NTPL is a member of both the NSE and the BSE.

According to data, there are approximately 200 million people who are financially capable of investing in India, but out of this large sum, only 20 million people invest. Therefore, the primary goal of Groww is to provide consumers with legitimate information, Resources, and customer engagement to help them understand investment easily as well as help them in investment opportunities in the country. More than 1.5 crore people in 900+ cities across India now rely on Groww for their investment needs.

The products offered by Groww include

Mission and vision of Grow

Groww’s overall goal is to make investing easier for its customer base and to deliver the best-investing experience when it comes to financial management. According to Lalit Keshre, one of the company’s founders and CEO,

“Over the last few years, we have made investing in mutual funds and stocks simple and transparent for millions of investors in India. If we look at the opportunity that lies ahead, it still feels like Day 1. We started our journey with small steps writing blogs and making videos to educate people about investing. Our wealth as a nation will keep growing, and our mission is to provide the best experience for investors to manage their wealth. We are happy to partner with investors who believe in our long-term vision.”

How is Groww different from its competitors?

Upstox: They provide practically identical services and have brokerage agreements that are almost identical to one another.

5pasia: They provide comparable services, but their pricing differ due to the fact that they do not provide brokerage trading. 5paisa offers more services at a lower brokerage fee than its competitors.

Flyers: There are no differences between the services and price structures offered by Zerodha and in this scenario. They do, however, give a free application programming interface (API).

Angel Broking: They offer equivalent services at a substantially larger profit margin than their competitors.

In order to generate revenue, Grow’s business model is founded on the fundamental notion that it would generate revenue by charging mutual fund providers rather than by charging the clients who purchase their mutual funds. Thus, Groww is known as the Direct Mutual Fund, and it is also renowned as the least priced mutual fund and brokerage business in the United States. Profits are generated through sales of goods and services; this is a difficult process, but let’s go over it in detail to gain a better understanding of how things work.

As previously said, there are two types of investments: regular investments and direct investments. The purchase of mutual funds by an individual who invests directly must be done through a distributor, who may charge the individual a fee for the service. The commission is computed in such a way that the user’s initial investment as well as any profits are refunded to him.

Alternatively, customers can pick from a choice of mutual funds and stocks available on a single platform, such as Groww, in the second alternative. Clients may remain committed 24 hours a day, seven days a week from anywhere in the globe, which is Groww’s objective in order to maintain their client base. Thanks to technological advancements, customers can do so from anywhere in the world. Revenue is generated by Groww through the provision of premium features such as financial counselling services.

2. Groww has received an investment of around $400 million.

3. Groww has seen a more than tenfold increase in value, rising from $250 million to $3 billion in just over a year.

4. Upstox, a competitor of Groww, just raised $3.4 billion in valuation.

The focus of this blog article was “How does Groww make money?” We learned that Groww makes money by offering premium features such as investment and portfolio advisory services. They also receive a modest commission from the mutual fund companies that market their products. The four founders discovered that the investing methods in India were too hard for the client to understand, so they introduced simpler methods for the customer base that was willing to invest. In this way, Groww became the country’s most popular mutual funding app with over 20 million users online.

What does Groww do?

A user may invest directly in mutual funds and stocks using Groww, an online investing platform. Direct access to mutual funds is now possible thanks to a new technology created by the company.

What is the Valuation of Groww?

Currently the Valuation of Groww is over $1 Billion.

How does the Groww app work?

The Groww app currently allows investors to trade and invest in stocks and mutual funds. The startup is in various stages of testing for US stocks, digital gold, and fixed deposits, which it hopes to bring to the Groww app soon.

How to invest in the Groww app?

Is the Groww app safe?

Groww is a safe and secure app that uses SSL certification and 128-bit encryption to keep your information safe. Furthermore, Groww mutual fund transactions are conducted through the BSE and are thus entirely secure.