how does adobe make money? 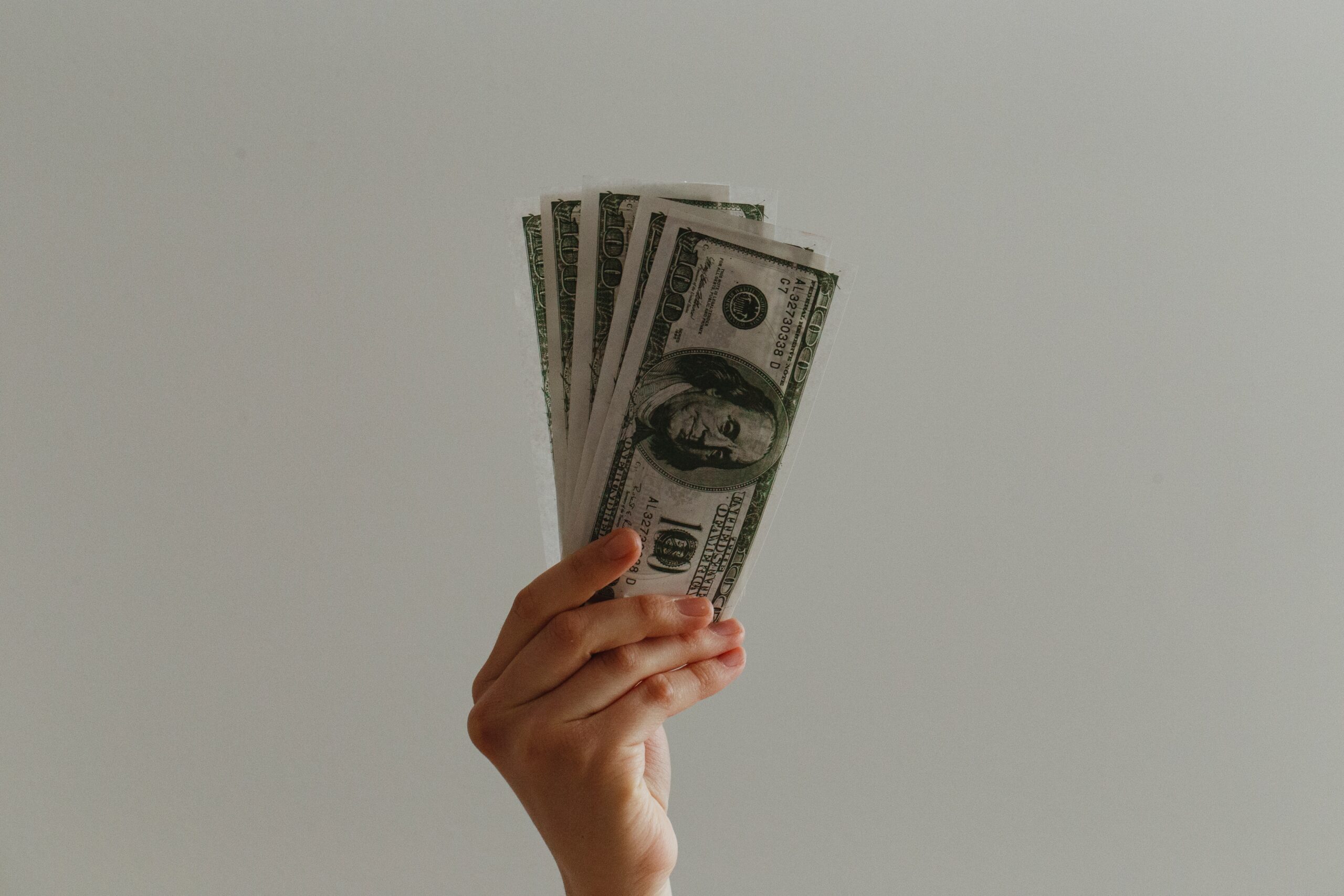 In this blog we will look into the topic that is “how does Adobe make money”, We will also look into the history of the Company, the operations, the business model and will also explore some facts of the company. If you are interested in the topic then keep on reading.

how does adobe make money

As previously noted, Adobe’s principal source of income is via its subscription services. Adobe will generate $11.26 billion in subscription revenue in 2020, accounting for 87.5 percent of total revenue.

Access to more than 20 Adobe apps are available, each with its own subscription plan. Monthly subscription fees range from $4.99 to $79.99, depending on the kind of plan and the number of users licensed to use the application, and are subject to change without notice.

Additionally, Adobe earns cash through licensing its program via subscriptions and other ways of licensing. As a result of this move, the firm will generate an extra $507 million in sales in 2020.

For instance, depending on the frequency with which the product is used, it may be bought permanently, as a subscription for a certain amount of time, or for particular Adobe OEM and royalty agreements.

Services and other Revenue

Adobe’s revenue is mostly derived from subscription and product sales, but the company also gets money from “Services and Other Revenue.” Consequently, Adobe’s total revenue for 2020 is expected to reach $735 million as a result of these measures.

Adobe refers to these charges as “fees for consulting and training; fees for maintenance and support; and fees for advertising offers” on page 48 of their Form 10-K for fiscal year 2020.

Adobe is a software firm based in the United States of America. Adobe Systems is a well-known technology company mainly recognised for its multimedia and creative software. Photoshop, Acrobat Reader, and Adobe Creative Cloud are among the most extensively used Adobe products. The firm was founded in 1982 in San Jose, California by John Warnock and Charles Geschke. Adobe was named after a little creek that runs beside the company’s founders’ homes in California.

When Adobe entered the software industry in the 1980s, one of its initial products was an in-house produced digital typeface. The company’s first consumer product, a vector-based drawing application for the Macintosh, remains its most successful.

A cross-channel marketing optimization platform that combines analytical capabilities with campaign management, content delivery, and commerce functionality is required in order to generate segment revenue from the sale of subscriptions. Adobe Experience Cloud is one such platform that does just that.

Original equipment manufacturers (OEMs) get legacy products and services in exchange for licensing fees such as eLearning, technical document publication, web conferencing, and other associated services.

John Warnock and Charles Geschke founded Adobe in December 1982 to develop and commercialize the PostScript page description language. In 1985, Apple Computer obtained a PostScript license for use with their LaserWriter printers, so kicking off the desktop publishing revolution. Adobe extended its product line with a suite of digital marketing tools after its purchase of Macromedia, which resulted in the birth of Adobe Flash and the video editing and compositing software known as Adobe Premiere Pro. Adobe Muse spurred the growth of low-code web development.

Adobe will employ more than 24,000 employees worldwide by 2021. Adobe has development centres in Newton, New York City, Minneapolis, and Lehi, Utah, as well as in Seattle, Austin, and San Francisco. Adobe also operates in Canada and the United Kingdom. Both Noida and Bangalore, both in India, are also the sites of the corporation’s considerable development efforts.

Facts about the Business model of Adobe

·       Adobe Inc. acquired 57 companies and invested in 26 others as of this writing, including seven initial investments and seven successful exits.

·       Adobe generates income in a variety of methods, including advertising, licencing, and subscriptions.

·       By establishing a subscription-based business as a basis

·       Model for generating income via licencing

·       Profitability is defined by the rate at which services are provided.

·       Mergers and acquisitions (A&M) are a kind of business strategy.

Lessons that companies can learn from Adobe

Not many tech companies can say that they’ve been around for as long as Adobe—or that they’re still successfully innovating and growing. Adobe’s journey is unique and has been largely shaped by how they’ve navigated multiple shifts in the industry.

But SaaS companies getting started today can still learn a lot from Adobe’s journey. Here are the three main lessons we can learn from Adobe:

Designers may rely on Adobe products since they are some of the finest on the market. On the other side, they have made a number of significant strategic decisions throughout their progress and expansion into new industries. Rather than focusing just on the designer industry, they sought other businesses that are naturally connected to it, such as marketing and analytics.

According to the World Economic Forum, businesses expanding into new markets must evaluate the link between those new markets and their existing market in order to do so effectively. You can both attract new consumers and reward existing ones by shifting to a more accessible location. As a consequence, an organization may grow while adhering to its fundamental beliefs.

A big advantage of concentrating on a comparable market to your own is the chance to validate a novel idea with actual people. This information may be gathered via surveys and open forums, as well as through techniques such as User Testing. Any new product or service you consider should be a logical extension of your existing ones to the degree possible.

Be deliberate with your cash and consider the long-term implications of your financial decisions.

Throughout its 35-year history, the business has made a lot of prudent financial moves. They’ve made smart acquisitions to diversify their income streams, funding them with proceeds from product growth and their first public offering (IPO). They’ve invested in research and development to expand their product line and client base. When revenue was used to manufacture further goods, which in turn generated additional income, a virtuous cycle was initiated.

Naturally, every business has unexpected obstacles and must make financial choices they had never known they would have to make when they first began. Avoid making short-term errors and instead concentrate on proactive tasks that will aid you in accomplishing your goals.

Make purchases in response to product and personnel shortages, as well as the competitive situation.

There are several reasons for a business to buy another. Adobe’s success may be attributed to its outstanding aptitude to recognise and respond swiftly to the most pressing requirements and opportunities as they arise.

As was the case with Omniture, successive Adobe acquisitions enabled the firm to include a new set of capabilities into their product offerings. The signings of Aldus and Bruce Chizen more than quadrupled the team’s size, while a slew of new talent was brought in to compliment the current squad. On the other side, Adobe’s purchase of Macromedia allowed it to eliminate a rival and prevent a collision between the two businesses.

When a business is in line with its requirements and the aspirations of its market/industry, it will make a prudent, strategic purchase. To do this, the company’s top executives must be knowledgeable about three critical areas of concern:

On a tactical level, product gaps and competitive pressure may be identified by listening to consumers and doing market research to determine the choices accessible to them. Internal surveys are a vital component in identifying and resolving skills shortages within an organization.

When you understand where the troubles are happening, you can more readily fill in the gaps. Ascertain that the leadership of your organization appreciates the value of both internal and external corporate awareness.

In conclusion, we answered the question “How does Adobe make money?”, We found out that Adobe makes money through Subscription Revenue, Product Revenue and Services and Other Revenue. If you want to share your opinions, then comment down below.

How did Adobe make money from PDF?

Adobe has transitioned to a SaaS (software as a service) business model in the last several years. As a subscription service rather than a software vendor, Adobe generates revenue by charging its consumers for its products.

Why is Adobe so successful?

Adobe has achieved success by making prudent decisions regarding the needs they want to address and the factors that will propel them ahead at any given point in time. Adobe’s acquisitions, such as Omniture, enabled the company to introduce a whole new set of capabilities to its product portfolio.

How profitable is Adobe?

A decline from the previous year, although still a considerable amount, was recorded by Adobe in its fiscal year 2021 net profits of 4.8 billion dollars.

Who are Adobe’s competitors?

What is the revenue of Amazon?

Is there a cheaper alternative to Adobe?