Will Council Tax Be Scrapped? (5+ reasons why) 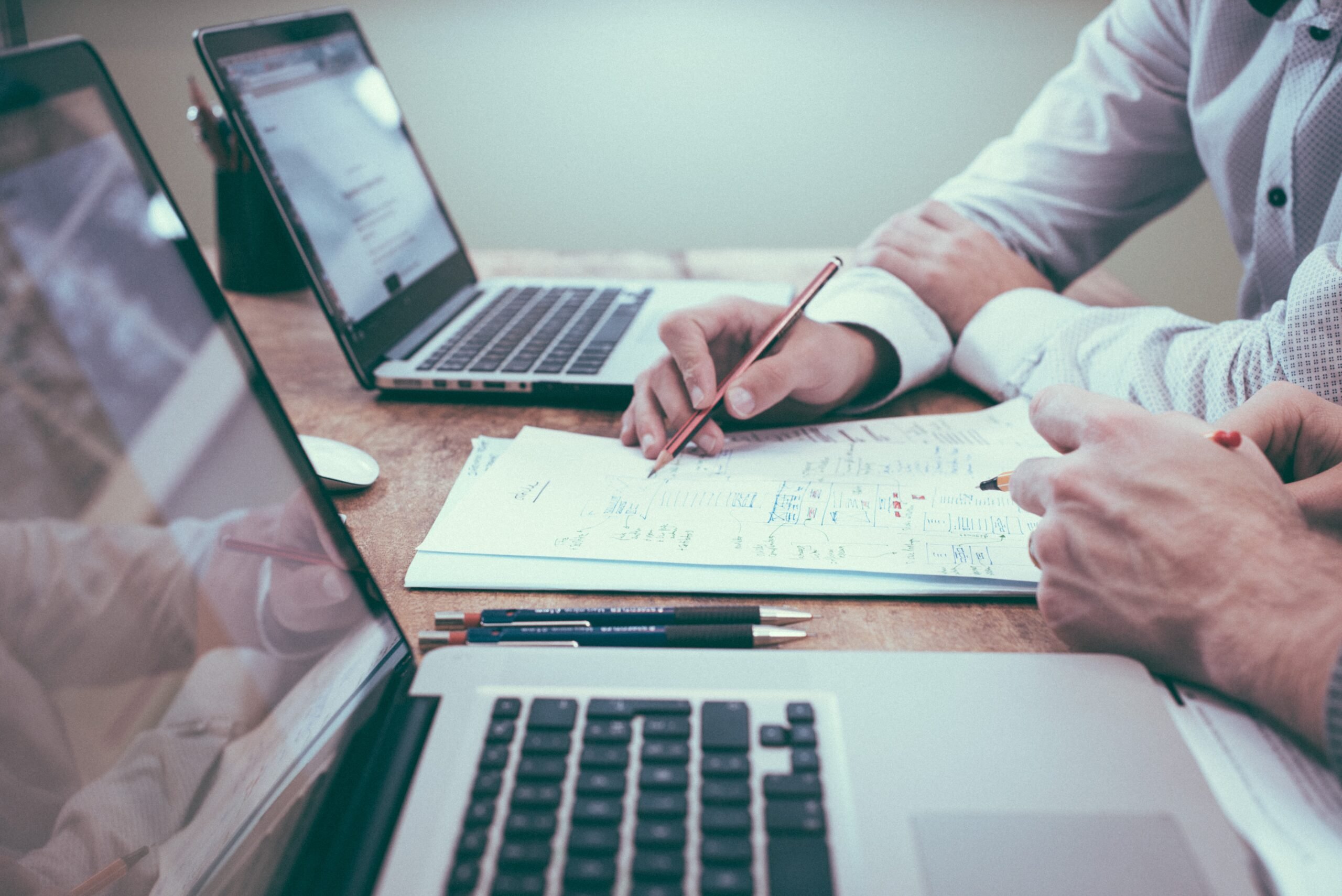 Will council tax be scrapped?

No, it does not appear that council tax will be scrapped. Talks for scrapping council tax have been made for a long time, but no result has come out so far, nor does one seem to be coming anytime soon. The governments are not ready to scrap the process of council tax.

It has been noticed that millions of people in Britain are struggling financially and living on food banks just to get by. The current regime of property taxes is such that those who have more are charged less, and those who have less are burdened.

The council tax system is such that people who have more can afford the most expensive homes pay very little, while the ones with homes worth lesser value have an unreasonable burden upon them Moreover, the existing council tax system which while not encouraging the efficient use of the limited supply of housing, under-taxes larger and often underused properties and penalises people for moving homes. All throughout the UK, people are affected by this council tax system, whether they own a property or rent it.

It places the most burden on youngsters, people with little earning and living in the less prosperous portions of the country, having modest-sized houses. It has been designed such that the wealthy property-owners and the people who own multiple properties benefit from it. Also, the prices of properties have been rising, as has been the council tax while the average income has seen almost no change.

Placing the responsibility of the charge on the local councils has resulted in the taxes paid being arbitrary, where residents of certain councils are paying a lot more than those of others.

Another deficiency within the existing council tax system is the difference between the range of values of each band. Since all the properties in one Band are charged the same, those at the lowest in each band pay the same as the highest, which is unfair on many accounts.

For example, for Band A, an owner of a property costing £5,000 will pay the same as the owner of a property of value £40,000. Looking at this the other way round, both these persons living in Hartlepool will pay £1,065 for their Band A property, while if they lived in Westminster, they would have had to pay £551. This clearly shows a highly unfair tax. Also, it is something that is supposed to be a property tax but is in no way linked to the property.

The council tax system was introduced hastily almost 30 years ago, replacing Community Charge, or “Poll Charge.” But it possesses several characteristics that are the s5ame as its predecessors. In that haste it appears that the system of council tax has been poorly designed, which has now come out of date, is unpopular and is unfair.

The second legal evil is Stamp Duty. It is a tax that is charged when property ownership is changed, mainly in case of transactions worth more than £125,000. Stamp duty is a level up at least. It is not as problematic as council tax when it comes to the rules and specific charges with the taxation system. The duty charged on properties increases as the transactions get costlier.

The problem with stamp duty is its existence itself. Taxing housing transactions themselves discourages people from downsizing or upsizing as per their need, for example for an older couple after retirement, or a married couple after having kids. Many a time it results in people refusing job opportunities in cities besides where they already possess a property, in order to avoid being taxed to move into a new house.

All this in turn is impacting negatively rather than positively.

Tax bills across Britain need to be reduced so as to generate more money to be spent locally.  There have been several arguments in favour of the current tax regime, primarily council tax and stamp duty, being arbitrary and unfair. The need for reform in the current property tax regime has not arisen today. The abolishment of council tax and stamp duty and replacing it with a fairer property tax has become a necessity.

For at least the poorer English areas, a proportional property tax is very necessary, in order to end the unfair property tax system. Long term solutions against council tax and stamp duty are needed to deal with geographical inequalities – specifically for the areas left behind while recovering from COVID-19.

It is not fair to charge someone on the basis of the price of something 30 years ago, to keep charging someone for utilising a property they bought, that they are living in. housing, especially the system of council tax on domestic properties has been a significant driver of inequality in the UK.

Petitions for council tax to be scrapped

Over the years, several petitions have been made in the Parliament for council tax to be scrapped.

These petitions are discussed below:

The basis of the existing council tax system at the time it was introduced was that you can pay as much according to the value of the property you live in. Your home was considered to be directly proportional to your wealth.

A petition was made in August 2012, for the existing council tax to be scrapped and an earning based tax to be introduced in its stead.

The existing council tax system is such that it takes priority over every other one of your bills – be it mortgage, food or heating – which should not be the case. You should not have to pay your council if you cain’t even feed your family.

The local councils, on the other hand, are earning from not only the council tax paid by their taxpayers but also from the money generated from summons, seized goods and various fees levied by them.

Hence this petition made an appeal to replace the council tax based on property’s value to one based on earning of its residents.

Petition to scrap council tax to replace with affordability based tax

There are many taxpayers who struggle to pay council tax bills because they are so expensive and they can’t afford them. As a result, they keep on accruing debt from the local councils.

A petition was made in November 2012, to scrap the existing council tax and replace it with tax by the local government that is not based on the value of property or location, but rather on the home-owner’s affordability.

The petition suggested for the property tax bills to tax based upon the overall household income, taking into consideration the necessary household expenditures such as mortgages, rent, utility bills, travel costs, student loan repayment, parental child support and such.

This [etition demanded a fairer property system, no matter be its complex nature, by scrapping the existing council tax.

Petition to scrap council tax and bring back service tax

The council tax system charges based upon the size of a house, rather than the number of residents living in it. Conversely, it charges people less if they are living in a large house alone, and more if several people are residing in one single house.

Take for example a 700 sq. ft. house. A person staying all alone will have to pay less because he will get a single occupancy discount. While a family of 4, with supposing two adult brothers and sisters of the owner barely earning enough to meet their own needs are living along with them. This family will have to pay a higher tax for occupying the same area of the property as that one single person.

A petition was filed in January 2015 to replace the existing council tax regime with the service tax system that was earlier in practice.

Replacing council tax with constant tax for all

A think-tank has been calling the existing council tax system outdated and been demanding for it to be replaced by a constant, uncomplicated tax levied at the rate of 0.5% of the value of the property.

News for council tax to be scrapped

All above discussed petitions throughout clarify that efforts have always been made for council tax to be scrapped – but- in vain. No result has come out of them so far.

However, the result from the Fairer Share Campaign has put pressure on the government to change council tax and think towards the proposed proportional property tax. There has been increased pressure on the Chancellor of the Exchequer to scrap the council tax system as well as stamp duty.

But, despite all this pressure, not even the council tax rise in April 2021 was postponed, despite the financial struggles faced by people due to the COVID-19 pandemic.

Therefore, the discussions by the people and platforms that council tax will be scrapped are just that for now – discussions. They have roots in truth, but they have not proved true as yet.

Moving to a proportional system of taxation for the property would lessen the burden on people, lower the bills for most of the households, which need it, and would free up thousands of homes for people who need them. Several reforms for council tax to be scrapped and new taxation regimes to be introduced have been suggested from time to time.

Some of the reforms in place of the existing council tax system are:

Who has to pay council tax?

There is one liable person from a household who is responsible to pay the council tax.

Is council tax per person or per house?

Is a single person discount a Council Tax benefit?

Yes, you have the option to pay your UK council tax monthly, within 10 months instalments or 12-month instalments.

Can I pay my council tax in one lump sum?

Yes, you can pay your council tax bill in a lump sum, that is, you can make the whole payment of the year all at once. Or you can pay half-annually, or monthly, depending upon the options given by your local council.

What Is Your Tax Code If You Are Starting Work Halfway Through Tax Year In The UK?

How Much Does It Cost To Remove A Restrictive Covenant?

Can I Claim Benefits When Separated But Living Together?

What Benefits Can I Claim If I Resign From My Job In The UK?

What Happens To Universal Credit If I Split Up With My Partner?

How Much Tax Will You Pay On A Second Job?

What Are The Benefits For 17-Year-Olds Living At Home In The UK?

What Is The Council Tax In Woking?

How Do I Pay PCN In Westminster?