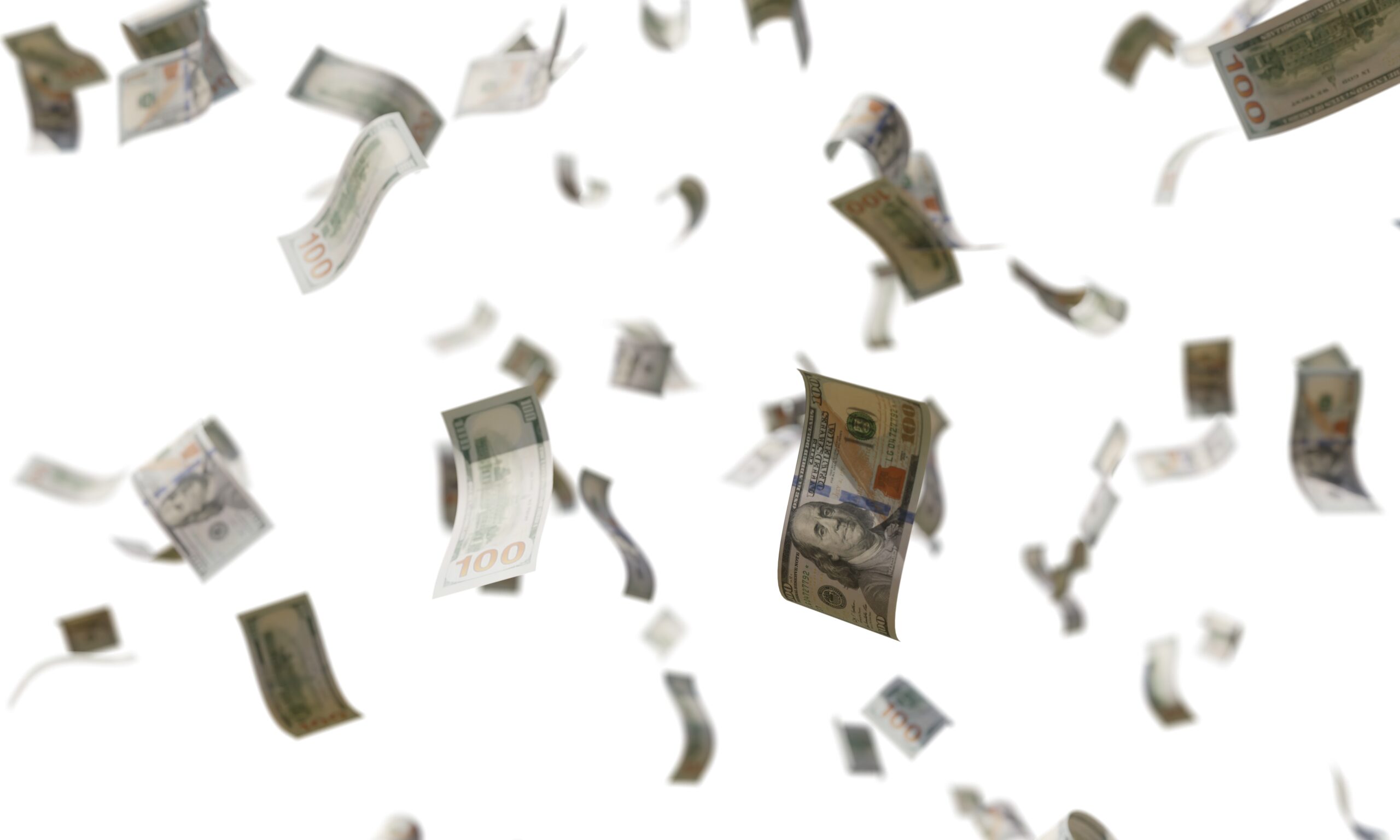 The purpose of this blog is to address the question, “How Groupon makes money?” alongside we will discuss the service and product revenue model, and how the company expanded from a discount company to a huge e-commerce corporation, What Groupon means for buyers and sellers alike, as well as Groupon’s business strategy.

Groupon operates on a ‘pay for leads’ consumer acquisition approach. In simple terms, Groupon makes money by connecting customers to sellers, all the while keeping a cut of the transaction. That is also why Groupon had 2,400 merchant sales agents and sales support workers in 2017. They oversaw cultivating trade ties and providing local knowledge.

If you want a more in-depth explanation, then an example could do a better job, we have divided it into two kinds of models i.e., Service Revenue and Product Revenue Model.

Assume Grayson Buildings, a company, was unable to meet its profit target and hence opted to get into a revenue-sharing agreement with Groupon. Grayson Building’s owner decided to give a $50 discount on a product that is regularly priced at $100. Moreover, Keep in mind that Groupon charges a service fee of 50% of its sales revenue. When forty new customers roll in, Grayson Building will earn $1,500, of which 50% will go to Groupon and the rest to Grayson.

In this scenario, where a product is being advertised instead of service then, regardless of how many sales Grayson Building makes to its clients via Groupon, the revenue of each purchase will be calculated as the purchase price received from the customer.

However, it is more complicated than this!

Groupon observed that a large percentage of its discounts were never redeemed due to unforeseen circumstances or late discovery of the discount because vouchers had a three-month expiration term.

Groupon began issuing vouchers with a code so that when a discount was redeemed, So that the true figure of redeemed coupons could be computed. The seller would then provide Groupon with the list of redeemed codes. As an example, if 500 coupons were sold and only 200 were redeemed, as reported by the seller, the seller only received a payout of 40%.

Groupon generates revenue primarily through the sale of its discounted offerings to customer base via Two main channels:

Revenue is recorded on a net basis for the third-party seller. The cost of revenue for third-party revenue transactions includes anticipated refunds. The system enables those third parties to earn commissions when customers use digital coupons online.

Andrew Mason is the founder of Groupon, which he evolved from a discount company to a large e-commerce corporation. Groupon is a website that connects local businesses with customers to provide discounts on goods and services.

Groupon earns money in three major categories: travel, local, and goods. In this perspective, Groupon gets revenue by functioning as a middleman, which is one of the oldest business concepts. Groupon has shifted its business model away from a voucher-based approach toward a card-linking one, wherein a customer receives cash back after using a specified linked credit card to complete a purchase of a product advertised on the Groupon platform.

The company has had over 200 million downloads, 38 million active users, and over 1.5 billion sold vouchers. For the coming year, Groupon’s net worth is expected to reach $1.7 billion. In financial terms, Groupon identifies with two different financial income which includes gross billing and revenue.

·       Gross Billing: It represents the total income generated by the sale of products and services, excluding taxes and refunds.

·       Revenue: It is the total of transactions in which Groupon served as a marketplace minus the service or product provider’s contribution, as Groupon also receives revenue from selling goods directly via online merchandise.

How did Groupon come about?

Groupon was founded in 2008 and has since become a household name among deal hunters. It gained customers all around the world by offering up to 70% off discounts and vouchers for both products and services. Its main task was acting as a middleman.

While Groupon has gone through some difficult periods, for example, in 2011, the company went through an initial public offering (IPO). However, at the time, revenues were usually in a downturn because of greater competition and the struggle to sustain popularity among customers.

What Groupon means for Customers?

1.       Customers can retrieve daily discounts on goods and services from businesses.

3.       Electronic coupons can be used by customers in online and e-stores to access discounted bargains.

What Groupon means for Sellers?

1.       By promoting Groupon, sellers may attract more customers and increase traffic. This might be accomplished by providing a discounted product.

2.       If sellers can sell their Groupon sale item with some profit margin left in it, they may be able to earn some money on a lot of sales by reducing profit margin with an increase in volume.

3.       Groupon is gaining popularity among the public, and sellers may increase their publicity by launching a Groupon deal.

4.       Groupon claims that working with the company provides sellers with more customers with a higher return rate since clients recommended to the company through Groupon are more likely to return.

The business model of Groupon has evolved. It operates in a manner like conventional market leaders such as Amazon and Alibaba, but with a unique strategic approach. It is a marketplace that uses the scarcity principle as a primary marketing tactic by emphasizing deep discounts.

It sells a wide range of things at discount prices, from vacation packages to gift cards of beauty spas. Customers can purchase the same items directly from businesses, but what makes Groupon appealing is that it offers the same goods at a significantly lower price than retail.

For businesses, Groupon functions as an advertising agency, bringing in more traffic and creating a stronger customer base in exchange for a fee. Businesses utilize Groupon to sell their products, but they receive a lower payback than normal.

What distinguishes Groupon is its vast network of prospective customers. Groupon functions as large-scale advertising, and retailers’ profit from not having to pay for the ads in advance. When customers buy their goods, the profit made by Groupon is distributed, with a certain percentage of each transaction earned.

When the business was first launched, it didn’t earn that much revenue due to the minimum number of customers signing in. However, in 2018, With the advent of card-linking, the new approach is designed to appeal to customers by simplifying the procedure, that is because users are more likely to use several card-linked offerings rather than individual coupon vouchers. On the other hand, it also offers customers the option to pay for products and use the same voucher repeatedly which is not found in the traditional voucher system.

Groupon sidesteps the voucher system by selling products straight to the customer through its Goods subsidiary. Furthermore, many Groupon customers wind up spending more than they anticipated, for example, someone who uses a makeup voucher may end up buying a few more Wishlist items cause he/she has more money to spend.

In this blog, we answered the question “How Groupon makes money” and we discovered that Groupon makes money by acting as a middleman which has been the oldest business concept, however Groupon operates with a unique business strategy that is “Pay for Lead” Customer Acquisition Approach. It collaborates with local businesses and provides discounts on goods and services. Having a Revenue agreement with brands, it receives a percentage of sales purchase.

What are Groupon’s Business Model problems?

One of the Groupon business model problems is that small businesses that provide the deals lose money. A Small business will not only have to offer a big discount for a product or service but will also have to pay a hefty compensation rate to Groupon simply for displaying the deal.

What is Groupon’s Marketing Strategy?

Groupon has effectively captured millions of online consumers all around the world. Groupon’s marketing strategy captures consumer behavior. In exchange for a fee, Groupon acts as an advertising agency for businesses, bringing in more visitors and building a stronger consumer base. Businesses use Groupon to sell their products, but the payback is lower than usual.

How does Groupon work for merchants?

Groupon is essentially a middleman who wants to link businesses with customers who will buy their services and products because the more people who buy from the businesses, the more money Groupon makes. Customers buy the offer, and the company receives the money on the customer’s behalf. Groupon takes a cut, and you receive the rest.

How much does it cost to sell on Groupon?

Groupon does not specifically charge a fee to create and run deals on their website. Instead, they receive 50% of the proceeds from the sale of each voucher. On the other hand, Every month, Groupon delivers the received amount of money from sales, minus their 50 percent cut, to sellers.

What percentage does Groupon charge?

This is worth repeating: Groupon takes a 50% cut of every single deal sold—not just one—regardless of how many a business sells.

When does Groupon pay merchants in 2021?

Sellers in the United States and Canada are paid in three installments: one-third five days after a transaction closes, one-third 30 days later, and the remainder 60 days later.