how does humble bundle make money? 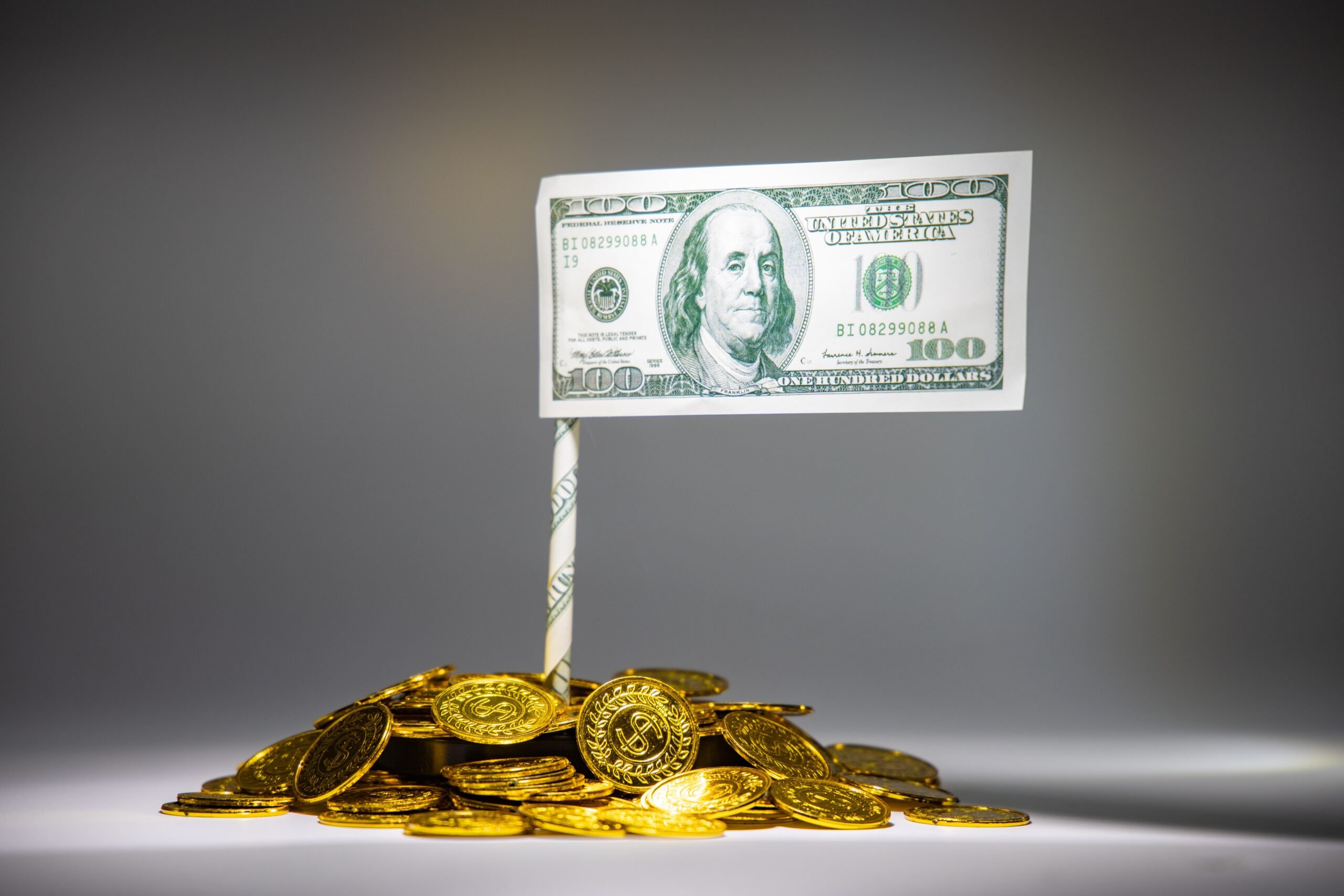 In this blog, we will look into the topic” how does humble bundle make money”, We will also analyze each of the offerings offered by the company as well as the business model of Humble bundle.

how does humble bundle make money

Humble Bundle makes money by offering services like donations, subscription fees, fees from publishing businesses as well as commissions from their humble store, humble choice, and bundles. Let’s look into t in detail

This type of offering offers a variety of different types of games, books alongside the software. In this, the bundles are tiered, but users can also access a sizeable selection of games that only start from $1. This bundle, there also includes middle-tier and premium tiers available. The premium tiers have fixed prices and in these uses are allowed to access more games. The price of premium tires starts from $100, and users can also decide on the division of money between developers, charity as well as the humble bundle.

The humble choice also works in a tiered subscription way in which users can access nine games, which will be in their access for a lifetime.

The price of a subscription to Humble Choice starts from $4.99, and it also gives users access to Humble Trove. However, the price can also rise to $19.99 and allows the users to access almost nine games per month.

The humble store has an option where a user can also choose to donate a portion of their sales to multiple charity campaigns in the vicinity.

What is the humble bundle?

Humble bundle acts as a digital storefront to sell video games online. This came out from the original service of Humble bundles, which offers a collection of games that are sold at a price that is predetermined by the seller and a portion of that sales goes towards charity campaigns, The rest of the money earned is shared among developers.

The humble bundle offers time-limited bundles but also has a greater and expanded storefront that users can access too. The Concept of the humble bundle was initially processed by the Wolfire Games in the year 2010. However, the later version had the most support for promotion, payments, and distribution of the bundles.

The humble bundle offers support to a great number of charities which includes Action against hunger, Child’s Play, and the electronic Frontier as well as the American Red Cross. By the end of the month of October in the year 2014. The developers who were involved in the process had grossed more than $100 million by the month of September of the year 2021. The success of this approach was much applauded for, and it inspired others in the market to play a similar effort like “Pay what you want”.

The humble bundle operation has grown since its first launch and has included a persistent storefront, the humble store, as well as a publishing arm, humble games to support indie games.

The humble bundle is located in the city of San Francisco, California. They have more than 50 employees.

Facts about the humble bundle

The business model of humble bundle

During the checkout process, customers may make voluntary donations to Humble Bundle, which generates the majority of the company’s revenue.

To encourage customers to spend more money, Humble Bundle discloses how much the average customer has spent so far.

It also makes the biggest donations (if they so want) public via its best contributor list, which includes the names of the most generous donors. Some businesses have even taken advantage of it to effectively buy their way into a sponsored campaign by just paying to be included on the list of participants.

Humble Bundle launched the Humble Monthly service in October 2015, which is a subscription-based membership program. This subscription service would require customers to pay a monthly charge in exchange for access to a wide range of video games and other content. This month, Humble Monthly has more than 400,000 subscribers, according to data from April 2019. Later in the year, in December, Humble Bundle changed the name of the subscription service to Humble Choice to reflect the new direction the company was taking.

Users of Humble Choice continue to pay a single monthly cost of $12 per account. In addition to receiving store discounts, customers will also get access to Trove, which has a selection of 12 games.

Despite this, Humble Bundle distributes 5 percent of all membership fees to a highlighted charity. Because the number is flexible, it changes regularly.

Customers may buy video games and other digital things through the Humble Shop, which is an online shop that sells them.

Many of the titles available are drastically discounted, with some titles being lowered by as much as 80%. Purchases of newly released games, on the other hand, are permitted. Approximately 75% of the revenues from the business go to the developer. The remainder is split between Humble Bundle and a charitable organization. In this case, the ratio is 15:10.

Humble Bundle (via its subsidiary Humble Games) may collaborate with game creators to promote their titles.

Aside from providing artists with upfront funding and access to an experienced production team and marketing team, Humble Bundle also gives developers access to over 12 million gamers.

Because each collaboration is based on a contract, the form of these agreements is not available to the general public at this time. Given this, it’s reasonable to conclude that Humble Bundle earns a percentage of all purchases.

If Humble Bundle is successful in acquiring an interest in that business or game, it is envisaged that additional royalty payments will be sent to the company.

How does Humble Bundle obtain games?

As a retailer of used physical games, the Humble Store makes money by selling what would otherwise be considered a non-commodity by the gaming industry.

Even though the games have intrinsic value, a client has already compensated the company for that money. Popular game publishers have agreed to allow Humble Bundle to resell their licenses at significantly reduced rates in exchange for a portion of the proceeds. Even though they are not well-known, companies that cater to niche gaming customers get exposure. Bundle customers get these high-profile titles at no additional cost, increasing their likelihood of playing them. As long as they are included alongside famous titles, game developers may start generating money on major games that have fallen behind the times, regardless of their number.

How is Humble Bundle funded?

When customers purchase gaming packs, they may choose pricing from a menu of options. Each package has a minimum price, meaning that reducing it would negatively affect the corporation.

To pique the attention of young gamers and provide an enticement for them to continue buying from The Humble Store, they give a part of their proceeds to charity.

In conclusion, we looked into the question “how does humble bundle make money” We found out that Humble Bundle makes money by offering services like donations, subscription fees, fees from publishing business as well as commissions from their humble store, humble choice, and bundles.

Is Humble Bundle for profit?

Humble Bundle is a platform for product distribution, not a product producer. They essentially remain in business by collecting a portion of each sale. In particular, they collect a 25% fee on most game purchases (15 percent for themselves and 10 percent to donate to charity).

How does humble monthly make money?

Why are humble bundles so cheap?

If it is an older game, the publisher will not be concerned about selling it at a cheap price for a short time when the vast majority of their target audience who may be interested in purchasing the game will already own the game. Because it is a digital distribution, selling extra copies does not incur any further costs for them. It is best not to sell anything at all.

The value of these games is $1,000 if you sum up current pricing without reductions, however, most of these games are older and the price has been significantly cut in the past. This is a terrific deal if you don’t already have the bulk of the games in your collection. Not to mention that you will gain 1 month of Humble Choice, which translates into 9 more games.

If you add up current costs without discounts, it’s worth $1,000, but most of these games are of age and have drastically reduced in the past. Unless you already possess the majority of the games, it’s still a fantastic value. Also, don’t forget that you receive one month of Humble Choice, which means 9 extra games.

Does Humble Bundle give you steam keys?

Many of the items sold by Humble Bundle contain a Steam key or multiple Steam keys. These Steam keys may be redeemed for a Steam account, allowing the user to play the game on their computer via the Steam program.