how does afterpay make money? 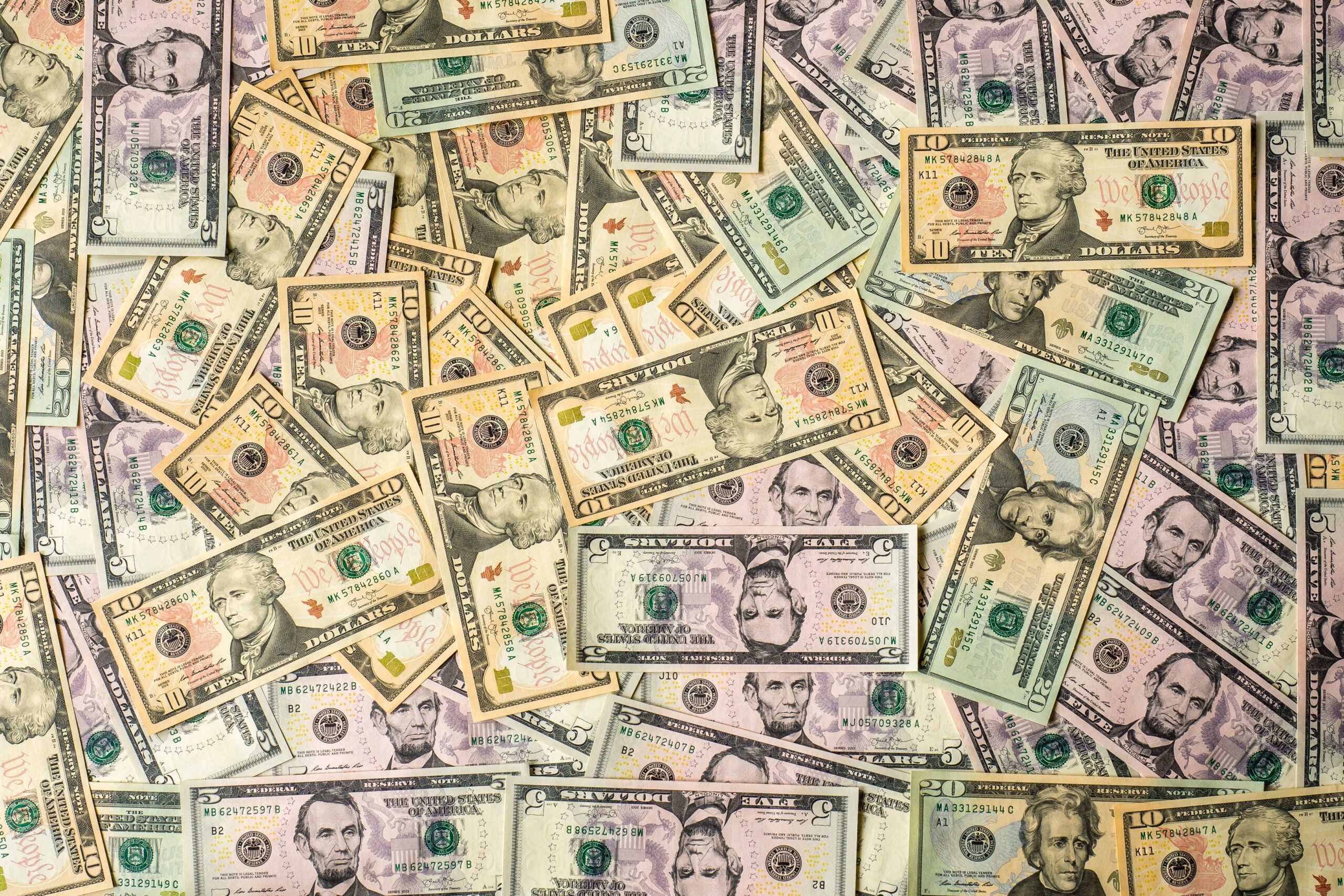 In this blog we will explore the topic that is “How does afterpay make money”, we will also look into what afterpay is, the different business operations in afterpay, and most importantly how afterpay makes money. If you like the topic then keep on reading.

how does afterpay make money?

Afterpay makes money through merchant fees, late payment penalties, and cost-per-click advertising to customers. The company’s overseas subsidiaries, such as Clearpay, which it operates in the United Kingdom, also generate revenue for the company.

Customers may divide the cost of their purchases into four equal payments using Afterpay. Due to its relationship with PayPal, over 55,000 online businesses accept its payment options.

Afterpay generates revenue via a number of techniques, including merchant penalties, late fees, and cost-per-click advertising. Afterpay, a Sydney-based company that provides a “Buy Now, Pay Later” service, has evolved to become a global leader in the market since its start in 2014. Square announced its intention to acquire Afterpay for $29 billion in August 2021, with the transaction expected to finish in 2022.

How Does It Work?

Afterpay, a financial technology (FinTech) firm, provides the ‘Buy Now, Pay Later’ (BNPL) service, which is a financial technology (FinTech) product. Consumers have a variety of payment options available to them in order to meet their specific financial requirements. RealReal, Lululemon, and Forever 21 are just a few of the well-known online companies that have joined with Afterpay to provide their customers a convenient payment alternative.

Simply choose Afterpay as your preferred method of payment during the checkout process, and the service will take care of the rest for you. You will be offered the option of paying for your purchases in four equal monthly installments, each of which will be interest-free, following which you will be given the option of paying for them in one lump sum. When you use Afterpay, there are no interest charges or other expenses associated with the transaction (as long as the items are paid on time). The Afterpay platform will prevent you from completing any further transactions if your payment is late. In addition, depending on your region, you may be subject to late payment penalties and interest.

Purchases may be made without the use of a credit card, and then customers can test them out before choosing whether or not to buy them. If customers are displeased with them, they may return them to the store. Afterpay is currently available in the following countries: Australia, Canada, New Zealand, the United States of America, and the United Kingdom of Great Britain and Northern Ireland. Several other countries, notably Germany, are expected to follow suit in the near future.

The Afterpay platform is accessible to individuals via its website and mobile applications, which are both available for download (available on Android and iOS devices). Afterpay’s overseas subsidiaries follow the same monetization patterns as the company’s domestic subsidiaries, which means that the next part will be devoted to the company’s direct revenue.

As previously mentioned, Because Afterpay enables customers to pay in installments, the company does not charge interest or other fees on the payments they make. Merchant partners are required to pay a fee to the company for each transaction that is processed via the company’s payment gateway. Afterpay charges merchants a flat fee of 30 cents for each transaction in which a customer uses the service. Consequently, merchants get a variable percentage of total sales, ranging from 4 percent to 6 percentage points. Service providers such as Quadpay and Sezzle impose fees that are comparable to these.

Everything is dependent on the quantity of money and merchandise that a merchant is able to generate. The merchant’s expenditures drop as the number of items sold increases. There are a multitude of reasons why incorporating a ‘Buy Now, Pay Later’ option on a retailer’s platform is a good idea. If you fail to make a payment, Afterpay will carry the risk of debt collection. According to the results of a second case study, Afterpay revealed that their installment alternatives increased the average order value by 10 percent to 20 percent.

When you use a well-known payment option such as Afterpay, you may expect a rise in customers as well as an improvement in conversion rates. Customers who return fewer items than the overall population, on the other hand, are less common. Other than fees from merchants, advertising accounts for the vast bulk of Afterpay (and its international subsidiaries’) income.

Late payment penalties are the second most important source of income for the company. Customers who fail to pay their bills on time will be subject to the aforementioned penalties and penalties and fines. Invoices are often prefixed with a due date, which indicates when payment is expected. If a payment is not received by the due date, Afterpay will make an effort to deduct the amount owed from the customer’s debit or credit card at the moment the payment was not received. If you are late for the first time, you will be charged a $10 late fee by the company. It is necessary to pay any invoices that are not paid within seven days of the due date in order to avoid a $7 late fee.

The amount of late payment penalties for transactions under $40 is restricted to a maximum of $10 per transaction. Orders above $40 may incur an additional charge of up to $68. In recent years, the share of overall revenue earned by late fees has been progressively declining as a percentage of total revenue.

Beginning in August 2021, Afterpay’s merchant partners will be able to offer their own discounts to customers via in-app advertising. On both the Android and iOS versions of Afterpay, advertisements will be shown on the screen. The bulk of the company’s revenue comes from pay-per-click (PPC) advertising on the internet. Every time a customer clicks on one of the listed locations, Afterpay makes a small commission payment to the merchant. Businesses looking to enhance sales may opt to advertise on Afterpay’s app, which has over a million users and has the potential to generate significant revenue.

According to Crunchbase, Afterpay has received a total of $448.7 million in capital across three rounds of investment. Several firms, including Coatue, Tencent, and Mitsubishi, have made investments in the company. The company’s first public offering, which took place in June 2017, garnered an extra $25 million.

When Afterpay went public, it was valued at $1.6 billion, making it the most valuable company in the world. Over the last year, the worth of Square’s business has climbed by 78 percent, reaching almost US$29 billion (the amount Square was ready to pay to purchase the firm). This year, the organization reported its greatest-ever yearly loss of AU$159.4 million, which was the largest in the company’s history.

Afterpay’s success is dependent on the company’s ability to build a network of delighted consumers. With each passing year, the organization continues to grow its customer and merchant bases while increasing the average transaction price. A large number of good customer reviews have been received by the firm. The organization makes use of social media influencers to spread the word about its goods and services to the people who are most interested in them on the internet.

According to Afterpay, it aims to continue purchasing BNPL companies as part of its development strategy, such as Pagantis, a Spanish BNPL business that the company purchased for $82 million last year. As of right now, more than 11 million individuals have utilized Afterpay’s service, making it the most popular online payment option. The firm, which works via seven abroad companies, has more than 1,000 workers in total around the globe.

Because Afterpay is a fintech business, it faces stiff competition for its interest-free point-of-sale loans. Over the last several years, BNPL has witnessed a considerable growth in the number of high-profile information technology firms. Afterpay competes with alternative payment methods such as Affirm, Sezzle, and Klarna, as well as PayPal competitors that provide BNPL services.

Our discussion on “How does Afterpay earn money” has concluded. We appreciate your participation. Afterpay derives income, according to our analysis, by charging merchants fees, imposing late fines, and charging consumers a cost per click for advertising on their websites. Additionally, Clearpay’s operations in the United Kingdom contribute to the company’s revenue and profitability on a global scale.

How do Afterpay make a profit?

Afterpay generates money by charging merchants fees for transactions made via their service and charging consumers late fees for payments that are not received on time. It is a straightforward business plan, but one that is contentious.

How does Afterpay make money if they don’t charge interest?

Late fees and merchant commissions account for the bulk of Afterpay’s revenue, which is derived from the fact that the company does not charge customers interest on purchase loans. The question is, how does Afterpay make money if it levies late fees to customers? The imposition of an overdue payment penalty for payments that are more than seven days late.

Do retailers pay for Afterpay?

In this case, the shop gets the money from Afterpay up front, and the buyer reimburses Afterpay subsequently. Afterpay does not charge interest on payments; however, it does charge fees to merchants that use the service and late penalties to consumers who do not make payments in a timely manner.

What percentage does Afterpay take?

All Afterpay transactions are subject to a 4.17 percent merchant charge, which is applied to the total amount of the purchase. Late fees are just another manner in which the company makes money from its To make money, Afterpay charges merchants fees on purchases made through their service and customers fees on late payments. It’s a straightforward business plan, but one that has its detractors.clients.

Because Afterpay does not report your loan activity to the three main credit bureaus, you will be unable to establish credit using the service. Having a strong payment history is beneficial in being approved, but neglecting to report your excellent payment history can have a negative influence on your credit score.

Is it bad to use Afterpay?

High credit card interest rates, late fees, and debt are just a few of the problems associated with utilizing Afterpay services. Although you may prevent all of these dangers by exercising prudent money management and planning, you should be aware of them before signing up for the site in the first place.