how does Adblock plus make money? 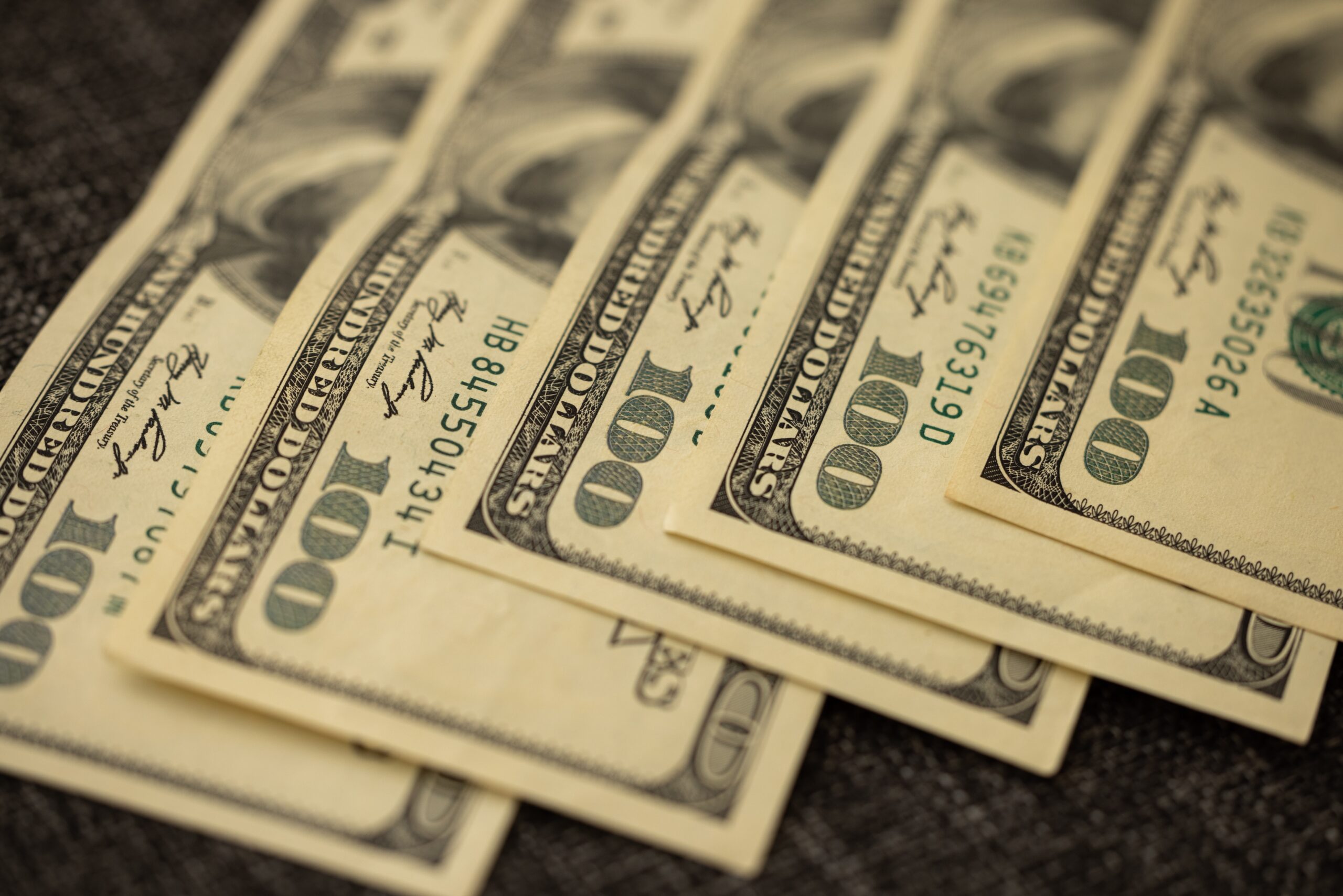 We’ll explore “How does Adblock plus make money” You will learn about Adblock in this blog post, including what it is, how it works, and its history. During this blog, we’ll discuss how Adblock makes money and what goes on behind the scenes at the company.

how does Adblock plus make money

Adblock plus makes money by Acceptable Ads, which is the primary source of income for Adblock Plus. Even though some people donate to the organization, the company’s statement indicates that the majority of its revenue comes from a licensing model for whitelisted advertisements.

Businesses who create more than 10 million more ad impressions per month are obliged to pay for the maintenance of Adblock Plus under the Acceptable Ads programme.

For quite some time, the revenue model underlying Adblock Plus has been a source of contention. Certain businesses must pay Adblock Plus to be included on the “Acceptable Advertising” list, which contains only non-interruptive adverts sent to Adblock Plus customers. Others have equated this marketing tactic to anything from “blackmail” to “extortion,” as well as being reminiscent of an organized criminal organization.

Adblock Plus has not published a list of businesses that have paid to be promoted as of this writing (which many people may still want to see.) On the other hand, Adblock Plus previously said that 90% of the firms on the Acceptable Ads list are exempt from payment. Regardless, they are all required to meet the list’s conditions.

What is Adblock plus?

It’s simple to block adverts and filter out undesired information with the aid of Adblock Plus (ABP), a free browser plugin. In Germany, Wladimir Palant’s Eyeo GmbH is responsible for the application’s development. Mozilla Firefox, Google Chrome, Internet Explorer, Microsoft Edge (which is based on Chromium), Opera, Safari, Yandex Browser, and Android browsers are all supported by the plugin.

In 2011, much controversy emerged over Adblock Plus and Eyeo’s “Acceptable Advertising” scheme, which allows “some non-intrusive adverts” (such as Google AdWords) to be accepted by default under the extension’s default settings. To participate in the whitelisting procedure, large advertising organizations were forced to pay a charge, whereas small websites were not obliged to pay anything.

Henrik Aasted Srensen, a student at the time, produced the original version of Adblock as a side project for the Firefox browser in 2002. (0.1). Even when adverts were hidden from view on the website through user-defined filters, they remained downloadable. Srensen served as the only maintainer of the open source project until the release of Adblock 0.3. Simultaneously, the final stable version of Adblock was released.

Adblock 0.5, introduced in 2004, did more than just block adverts; it also imposed content restrictions to prevent them from being downloaded. It is possible to block background images, scripts, and stylesheets, as well as other components, using this method. In this release, it was decided to replace XBL support with content policies. Wladimir Palant, who also contributed numerous innovations, was able to accomplish these changes by using rue.

With the release of Adblock 0.5, the project’s progress came to a halt. The game’s development came to a halt between 2004 and early 2005. Michael McDonald’s work resulted in Adblock Plus 0.5. It is a one-of-a-kind improved version of Adblock that enhances and expands upon the original. After the November 2005 release of Firefox 1.5, no new version of Adblock was made available for download. An official patch for version 1.5 was not provided for more than a month. McDonald has made Adblock Plus for Firefox 1.5 available on his website in the meantime.

Wladimir Palant offered to assist rue in the development of AdBlock 0.5 because of conflicts about the project’s direction. He was unable to do so, however, owing to time restrictions. After assuming development of Adblock Plus from McDonald, it wasn’t until he published Adblock Plus 0.6 in January 2006 that it was recognised as a distinct extension, rather than just an updated version of the original Adblock. Today, Adblock Plus is still under development. After the first Adblock project’s development of version 0.5 came to an end in late 200, the project was formally abandoned.

Michael McDonald designed Adblock Plus 0.5, which adds the following features to the original Adblock:

Whitelisting support subscriptions to automatically updated fixed-address filters is effective in blocking graphics in the background.

The ability to conceal HTML components, allowing for the prohibition of an even broader variety of pictures, enhanced user experience through the concealment of adverts on an individual site basis rather than across the whole internet

What are the operations of Adblock

Since the Android OS has been changed to avoid this, ads are not shown to any online traffic on rooted devices, including mobile networks. Because the only method to prevent advertisements on non-rooted devices is through a Wi-Fi connection, users must create a local proxy server for each network they use. It filters out ads from web traffic before exposing content to the user through the use of a local proxy server. As a consequence, the app will have less adverts than browsers do, as the app is less effective at suppressing advertisements than browsers are.

The user has the option of adding more filtersets. External filter subscriptions may be used in conjunction with Adblock Plus and are updated automatically. For a variety of reasons, Adblock Plus strongly discourages the use of Filterset.G; nonetheless, other filtersets may be added by inserting their URLs into this system. The official Adblock Plus website maintains track of all of the subscriptions that are currently active.

Currently, EasyList has over 12 million users, making it the most popular Adblock Plus filter list as of August 2011. It was created by Rick Petnel, and the Adblock Plus programme has approved it, as well as filter lists for new languages that have been built on top of the application. In 2009, after Petnel’s death, Palant appointed a user named “Ares2 ” to take over as the site’s new administrator. Adblock Plus, on the other hand, does not subscribe to the EasyList and EasyPrivacy filter lists by default, but uBlock Origin does. When Google Chrome is updated to version 68 on or after February 15, 2018, it will begin applying both of these filter lists on websites that do not adhere to the Better Ads Standards.

What every user should know about Adblock Plus.

Eyeo’s Acceptable Ads programme: how does it work?

While Adblock Plus does not prohibit adverts from displaying on websites that follow Eyeo’s Acceptable Ads policy, it does prevent advertisements from appearing on non-compliant websites. Advertisers that run Acceptable Ads that produce more than 10 million monthly impressions are required to pay Eyeo 30% of the revenue generated by those impressions. As many people assume, ad blockers are not the most severe threat to an open and free internet. Rather than that, there is a vicious cycle in which advertisements get more aggressive while becoming less profitable.

Why aren’t ad trackers blocked by default in Adblock Plus?

Tracker blocking has been included in the newest editions of Mozilla Firefox and Brave Software’s Brave. Microsoft Edge and Google Chrome will both soon get new anti-tracking capabilities. DuckDuckGo, Privacy Badger, and Ghostery are all browser add-ons that block tracking cookies and other pests.

On the other hand, the Acceptable Ads programme in Adblock Plus does not immediately disable tracking. According to Faida, the ultimate decision is up to the users. Additionally, you may disable the social sharing and like buttons if you don’t want Facebook and Twitter to know what you’re doing.

Will Chrome cripple Adblock Plus?

This will not be the case, since Chrome does not support Adblock Plus.

Advertisement blockers and other browser extensions are subject to further limitations as part of the Google Chrome team’s deployment of Manifest v3 to improve the web browser’s security, privacy, and performance. A whitelisted website will not be identified by ad blockers, and so will be unable to display relevant advertisements.

However, some makers of content-blocking extensions argue that Google’s recommended regulatory cap of 150,000 is still too low. For months, users have argued that Chrome should be abandoned due to the annoyance caused by ad blockers. Despite Google’s claim that it intends to supply content-blocking plugins, neither Google nor Faida anticipate that Adblock Plus would be deactivated.

In conclusion, we answered the question “ How does Adblock Plus make money?” We found out that Adblock plus makes money by Acceptable Ads, which is the primary source of income for Adblock Plus. Even though some people donate to the organization, the company’s statement indicates that the majority of its revenue comes from a licensing model for whitelisted advertisements.

Is AdBlock Plus safe?

Adblock Plus is an ad blocker that you can put your faith in. The alternative, Adblock Plus, is believed to show paid adverts, while the non-profit uBlock is completely free of advertisements. I believe it’s better to start with the first one to get the ball rolling. Adblockers are a good way to protect yourself against malware that is based on advertisements.

What does ad blocker plus do?

Adblock Plus is the most extensively used browser plugin for Mozilla Firefox, Google Chrome, Opera, and Android, and it is available for download from the official website. This program’s primary objective is to remove all of the irritating advertisements from your browsing experience, including YouTube video commercials, Facebook advertising, banners, pop-ups, pop-unders, background ads, and so on.

Is AdBlock Plus really free?

With Adblock Plus, you can completely customize and control your internet surfing experience. Disable tracking, block websites known to propagate malware, and much more…. Each advertisement must conform to these guidelines. We put all of our Acceptable Ads on our forum for our members to remark on.

Is AdBlock Plus malware?

Getting AdBlock (or an extension with the same name as AdBlock) from an untrustworthy source increases your chances of infecting your machine with adware or malware. Because AdBlock is free and open-source software, anybody may copy our code and use it for whatever purpose they see appropriate without our permission.

What is the difference between AdBlock and AdBlock Plus

The original designer of AdBlock designed a Chrome plugin for the programme, but it soon gained popularity and is now accessible for usage on a number of platforms, including mobile devices. On the surface, there isn’t a significant difference between AdBlock and Adblock Plus when it comes to functionality. Both are similar in appearance and perform the same tasks as the other.

Adblock has earned the trust of 65 million users. This free and open-source programme allows you to customize your filter lists to suit your needs. Advertising and pop-ups from any source are blocked, including those from social networking sites.

Shankland, S. (2019, July 27). 5 Things You Should Know About Adblock Plus — Starting With Its Alliance With the Ad Industry. CNET. https://www.cnet.com/tech/services-and-software/5-details-about-adblock-plus-every-browser-user-should-know/.