Does council tax depend on the number of bedrooms? 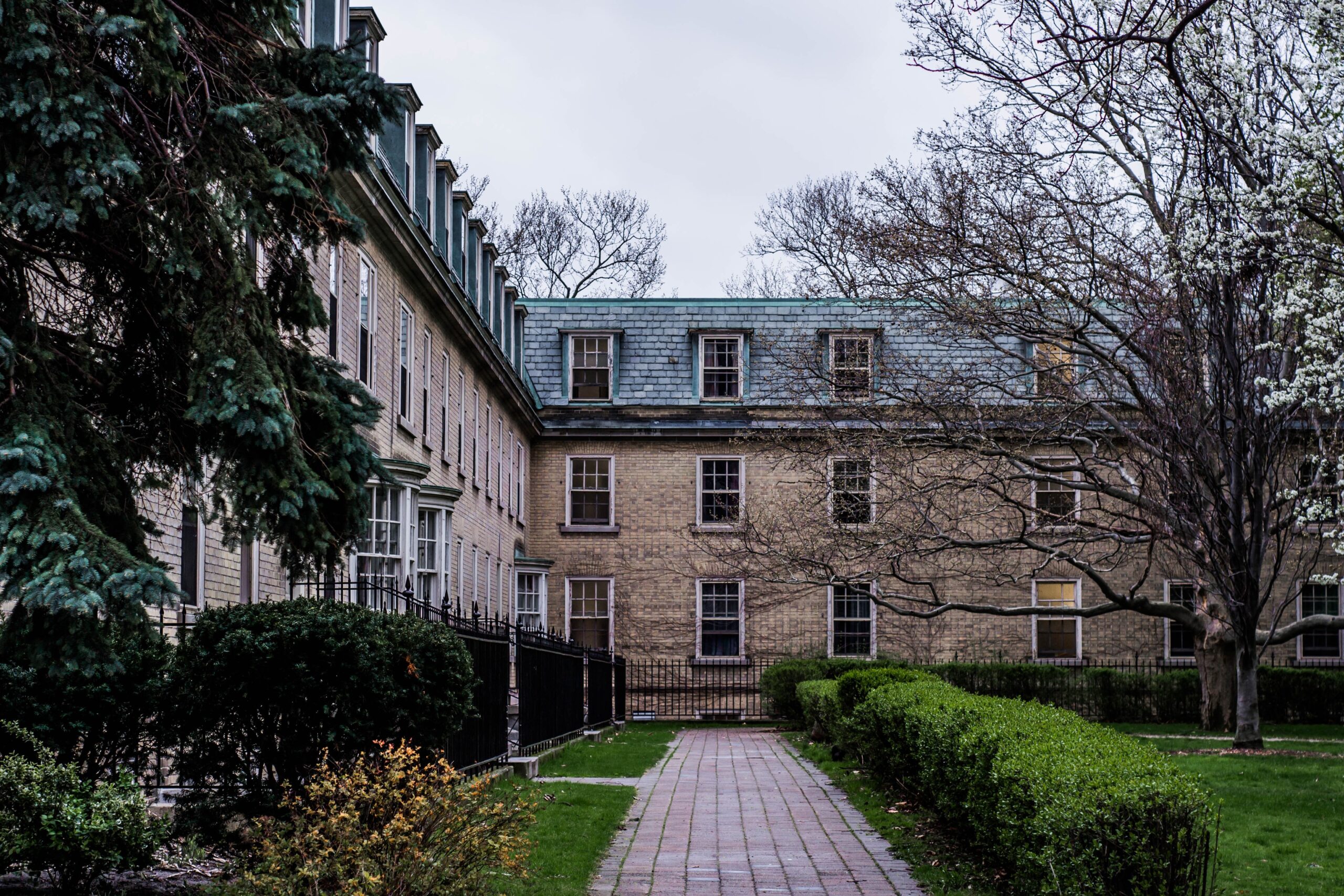 This blog will answer the question “Does council tax depend on the number of bedrooms?” Answering that, it will cover what the council tax actually depends upon, housing bands with their values, and various specific rules and exceptions.

Does council tax depend on number of bedrooms

No, council tax does not depend upon the number of bedrooms. Council tax banding is based on the value of the property, so a two and three bed house can be under the same banding if they are considered to be of the same value monetarily. In fact the banding values are very wide apart.

Your council tax banding depends on the estimated value of the house at 1991 prices, not the number of bedrooms. The band depends upon the area you live in and the size and type of the property. So a person with a one-bedroom flat might have a higher council tax than another with a three-bedroom semi.

The following sections discuss the classification of Tax Bands according to the value of the properties in England, Wales and Scotland.

Properties in England are put into one of eight bands (A-H), depending on the price they would have sold for in April 1991.

The valuation band ranges for England are as follows:

Properties in Scotland are also put into one of the stated eight bands from A to H, based on their value in April 1991. But the band ranges are different from those in England.

The valuation band ranges for Scotland are as follows:

Properties in Wales were revalued in 2003. This means that council tax bands are based on their market value on 1 April 2003.  There are nine valuation bands (A-I).

The valuation band ranges for Wales are as follows:

Northern Ireland did not switch to council tax in the 1990s like England, Wales and Scotland. It kept its old system of domestic rates. Domestic rates are based on rental values.

Rateable capital value – it is specific to your home.

Domestic regional rate – it is the amount of pence in every pound you pay to the Assembly for regional services.

Domestic district rate – it is the amount of pence in every pound you pay to your District council for local services.

Your housing band does not depend on the number of bedrooms

An elderly pensioner couple challenged their house Band which was in band ‘B’. They believed their one-bedroom bungalow to be in the wrong council tax band when they found out that they were in the same band as their across the street neighbours who lived in three-bedroom semi-detached houses with garages.

They requested their property to be billed for cheaper B and band A.

The council in response said that despite the obvious difference in properties, the bill was correct. The couple’s challenge was denied on the basis that the banding was correct at the time it was set at the beginning of the 1990s, which is followed for the purposes of house bands.

The Valuation Office Agency (VOA) assesses properties to ensure that they’re in the correct Council Tax band. This assessment is automatic for those properties which have been newly made smaller or those which are newly built.

The VOA also assesses properties when it is asked to do so, such as during a Council Tax appeal or band review.

These assessments are based on the following factors:

Finding out your valuation band

You can check your council tax band at the following places and means:

There might be a small charge sometimes. If a property is put into a different band, you will be informed of it directly by the VOA in writing. The local council will send you a new council tax bill.

The rules are that changes to a property will only affect the banding after a property has been sold so any improvements will affect the council tax of the new owner unless there is a revaluation done.

Domestic properties that have separate dwellings are known as houses in multiple occupation (HMOs).

Banding of such houses

Each separately let part of a property qualifies as a separate dwelling with its own band. The VOA may combine the bands in certain circumstances.

When banding a property which comprises a number of units or bedrooms in different occupations it becomes necessary for the valuer to decide the correct number of bands.

The classification is made as follows:

HMOs with little or no adaptation

Where minor adaptations have been added then the VOA can put the whole property into one band. This could be where door locks are added and the occupants of the separately let parts share the kitchen and bathroom of the original house.

HMOs with adaptations to each floor

A single band can be given to houses each floor of which let in parts has standard facilities and can be treated as a self-contained unit. This applies where the occupants of the floor share a kitchen and a bathroom.

Separately let rooms in an HMO may have been adapted when they have their own kitchenette or separate shower/bath and WC. They are given their own band even though they might share some facilities. In making a decision in this case, the VOA looks at the degree to which each part has been structurally altered.

These properties are generally not combined and have separate assessments for each separate internal unit.

Here the council tax does not depend upon the number of bedrooms, rather on the number of separate living adaptations. Your local authority calculates a separate Council Tax bill for every property banded and collects payments. The council is responsible for applying relevant discounts or exemptions.

More than one living accommodation

If the VOA determines that your property contains more than one area of separate living accommodation, you may find you’re charged for more than one Council Tax band.

The VOA is required to put every building, or part of a building, which has been constructed or adapted for use as a self contained unit in a separate council tax band.

A self contained unit is  defined as a building or part of a building which is constructed or adapted for use as separate living accommodation.

If a family adapts two rooms in their house so that a relative is able to live with them. If it installs new kitchen appliances, a toilet and shower and also creates a single entrance to the new annexe, it is treated as a separate area of living accommodation. This new annexe, therefore, requires its own Council Tax band.

The VOA makes a decision on every case based on the specific nature of the construction or adaptation of the property.

Only physical features are considered when deciding whether or not an additional area of living accommodation exists within a domestic property, not how it’s used. It does not matter whether a separate self contained unit is being used or is vacant.

Accommodation occupied by tenants wouldn’t be treated as an annexe, but it would still have its own Council Tax band.

If separate area is removed

If you’ve removed a separate area of living accommodation by making physical changes to your house, flat or other domestic property, you should contact the VOA to reduce your council tax. If the VOA finds that the area or annexe has been sufficiently altered so that it could no longer be lived in separately, it removes the council tax band.

If the VOA is unable to get enough information to band a property, they’ll arrange a visit. Usually, the VOA can get all the information they need from outside, so they don’t disturb you. The inspector often takes photographs to save time. Generally, only 1 or 2 external pictures are necessary – typically like an estate agent.

If the VOA can’t get all the information from the outside, they may ask to go inside the property. Inside photographs, if needed, are never taken without your permission. Inspections can only happen with your consent.

This blog answered the question “Does council tax depend on the number of bedrooms?” Answering that, it covered what the council tax actually depends upon, housing bands with their values, and various specific rules and exceptions.

What does council tax depend on?

Council tax depends upon the size of your house, where you live, the number of earning and non-earning residents in your home, and your other circumstances.

Does council tax depend on number of residents?

Yes. Council tax depends upon the number of adult residents in your home. You get a 25% reduction in your council tax if you are the only adult to live in that property.

Does the size of your house affect council tax?

Yes it does sometimes. Your council tax depends upon what the value of your property was in April 1991. So, your council tax is charged accordingly. Generally,the bigger the property, the more council tax upon it.

How can I reduce my council tax band?

What is the highest council tax band?

How Can You Get Affordable Housing After A Divorce?

How Can I Rent An Apartment After Divorce?

How Do You Start Over After Divorce With No Money?

How To Start Over After A Divorce At 50?

How Do You Start Over After Divorce At 35?

How Do You Start Over After Divorce At 40?

How Do You Start Over After Divorce At 30?

How Do You Start Over After Divorce At 45?

How Do You Start Over After Divorce At 60?

Can Universal Credit Force You To Work?

Is It Better To Be A Council Tenant Vs A Private Tenant?

Can Universal Credit Take Money Back?

Can I Get A Moving House Grant From The DWP?

Can I Get Discretionary Fund From Universal Credit?

Can Universal Credit Check Your Bank?